Concrete Uncertainty delves into the concept of control by considering structures built along the Mississippi River. The river has meandered some 7000 years, and only for the past 200 or so have attempts been made to fix its path. The desire to control its flow is largely monetarily driven, and yields long-term devastation to the coastal environment. As the river changes course or floods its banks, it deposits vital sediment. In the early 1900s, it became clear that the Mississippi River was preparing to change its course. The Army Corps of Engineers was tasked with keeping it on its current course, which led to the construction of the Old River Control Structure. The structure is at war with the river, attempting to prevent it from taking its natural course.

In the 1980s, John McPhee researched and wrote about the project in The Control of Nature. Interviews with workers yielded comments about the inevitability of failure, and the pomposity of human intervention. Instead of allowing the river to run its course and adapt to it, we choose to make defiant demands. This desire for control has a wide reach, from our interactions with the natural world to trying to plan our futures. Our ability to adapt to change is absolutely necessary, and yet we cling to notions of stability at every turn.

Concrete Uncertainty questions whether concrete can hold when the earth is shifting under our feet. The book’s structure is built to emulate that shifting, as the sewn accordion is often unwieldy. The shaped, transparent pages lend a depth and deception to the process of moving through the book. While I tried my best to control the elements, the book became a living entity of its own. The unwieldy nature I was looking for meant that constructing the book was a process that required ceding control. 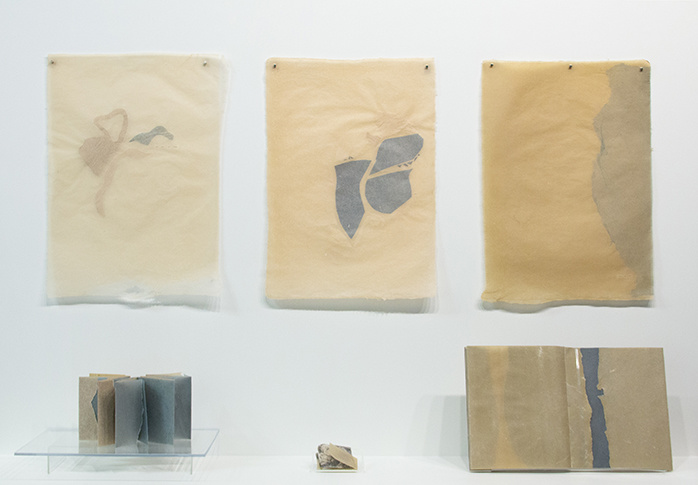 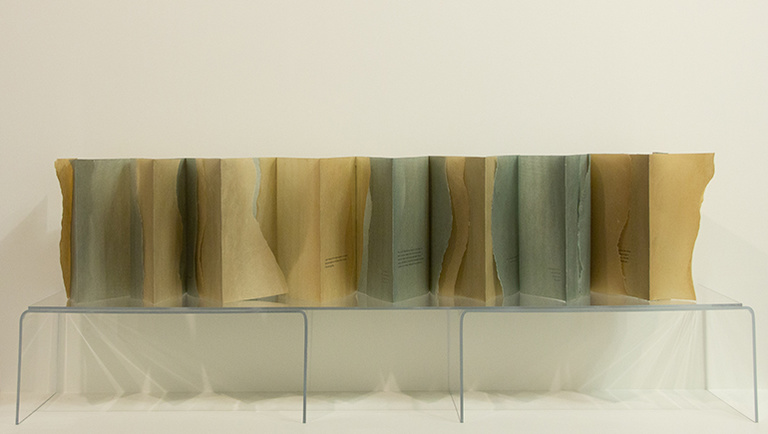 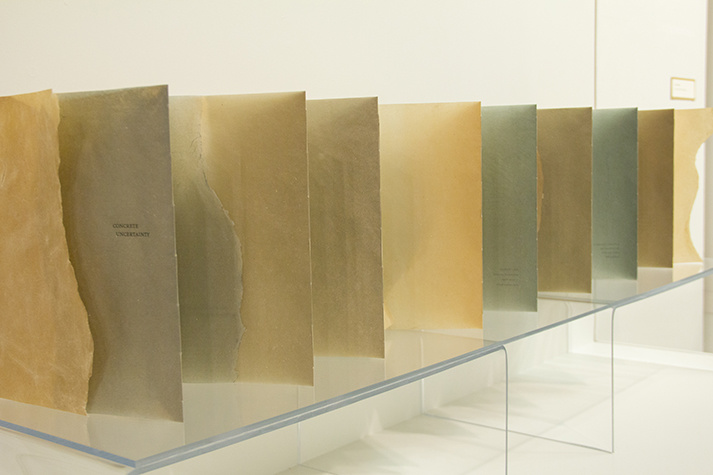 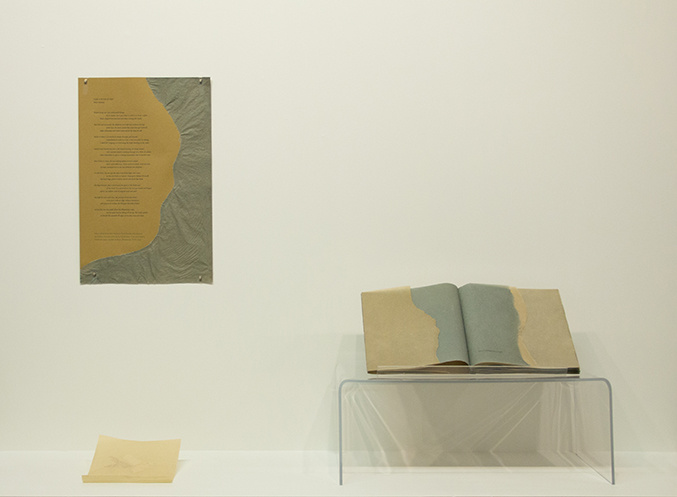 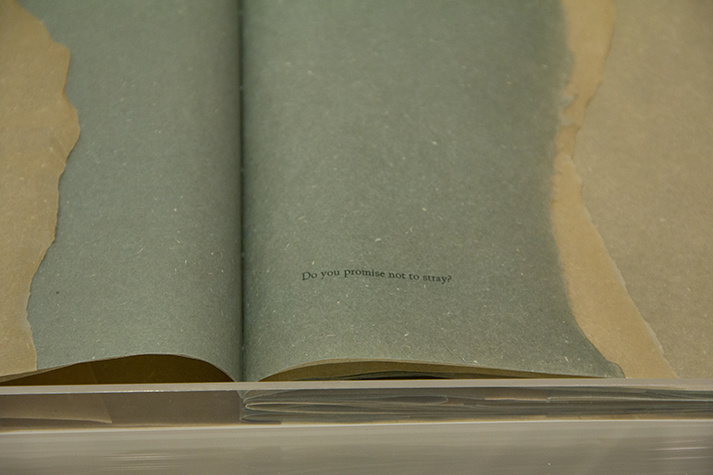 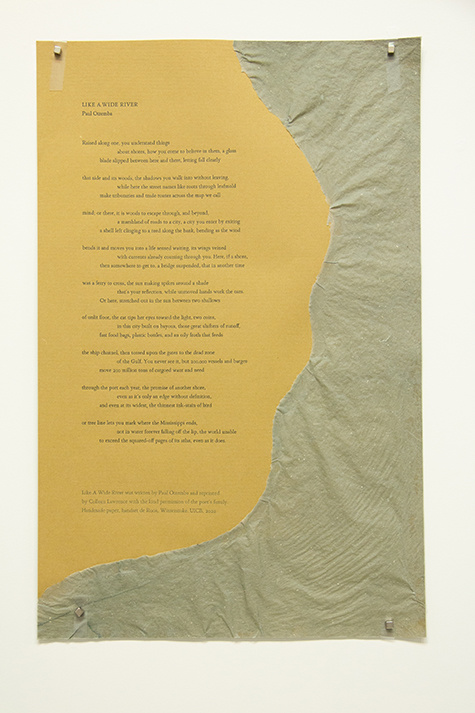 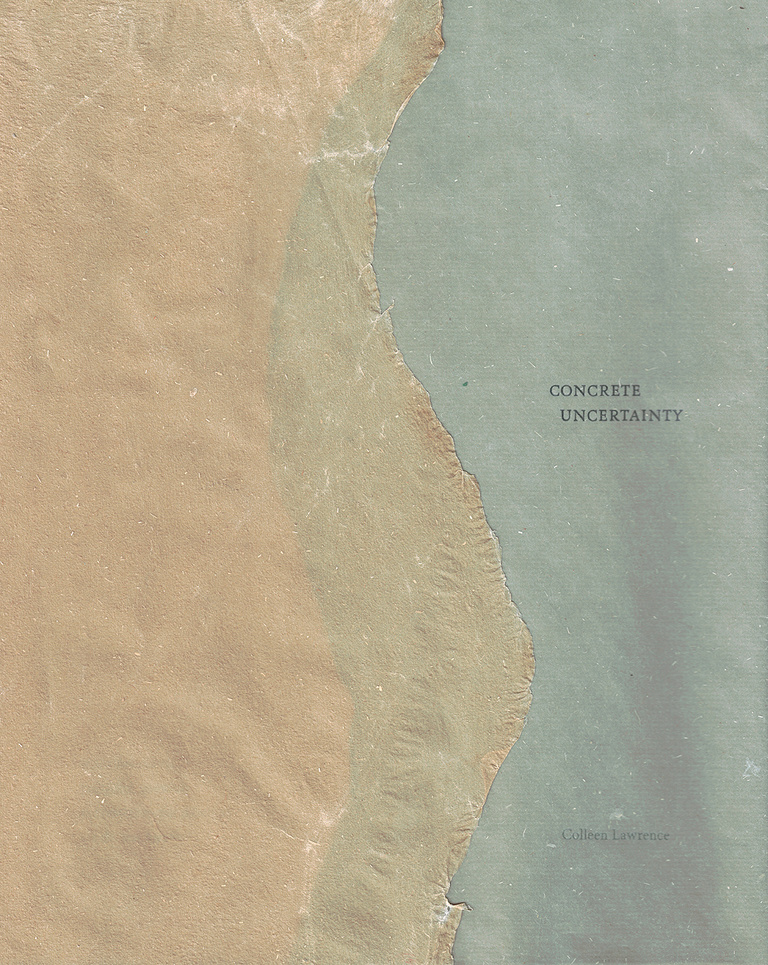 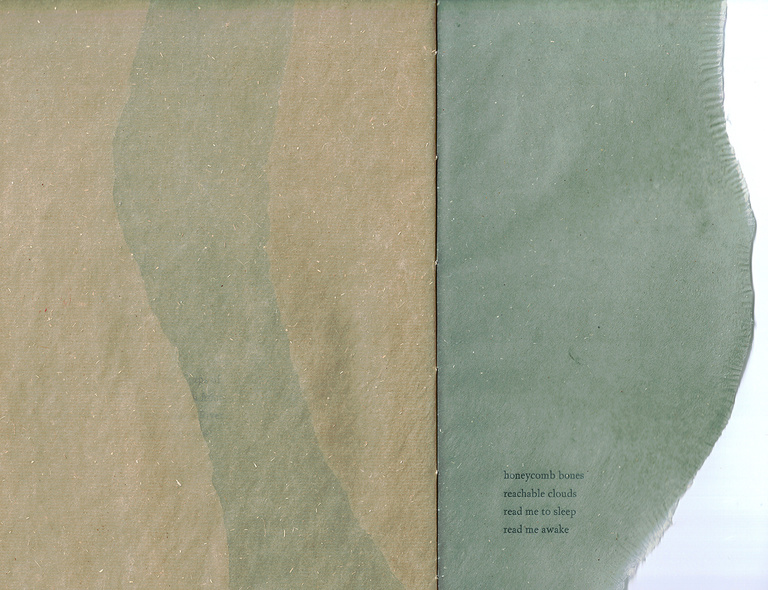 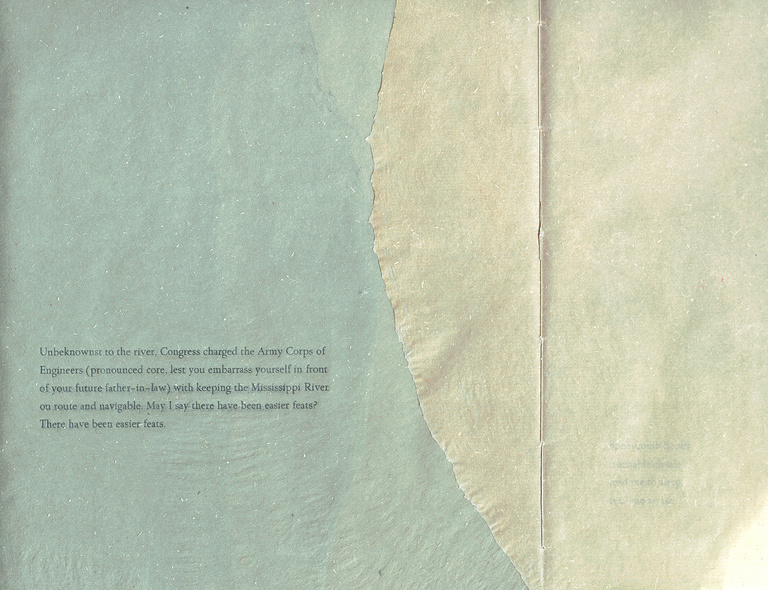